Here Africa is the exhibition that begins the programming of Galería Nueva, a space that wants to accommodate other galleries and institutions outside of Madrid or the city itself and who are looking for a place to present their projects.

Throughout 2019 and thanks to the African Residences of Creation and Research organized by Atelier Solar, four artists from the African continent have passed through their residence in Madrid: Phumulani Ntuli (Johannesburg, South Africa 1986), Keli-Safia Maksud (Arusha, Tanzania 1985 ), Yola Balanga (Luanda, Angola 1994) and Hilary Balu (Kinshasa, Democratic Republic of the Congo 1992). These four artists were selected by specialists in African art Helena Fernandino, Marta Moriarty, Gloria Oyarzabal, Emilio Pi and Marga Sánchez from among more than 90 nominations received from various countries and regions in Africa. This project, which has been possible thanks to the Aid to independent spaces of the Madrid City Council, has served to bring African creation closer to our cultural context, offering accommodation and study for two months to these four artists, in addition to a production bag, travel, fees, public presentations of his work and professional visits to his studio. The presence of a fifth artist, Pocho Guimaraes (Malabo, Equatorial Guinea, 1951), is the result of the collaboration agreement that Atelier Solar and the African Museum have established, who have hosted meetings with the artists of the residences in 2019 and have accommodated to this project in the Mundo Negro magazine, edited by them. La Nave Sánchez-Ubiría has also generously lent its space to the presentations of some of these artists from Africa.

After having closely observed the production of these artists of African origin throughout 2019, we can conclude that, although their selection has followed criteria of excellence and not a plot or thematic thread, a series of concerns that have its origin in the manifestation of its cultural identity, the need to confront historical and current colonial phenomena in a critical way or the search for its own and African form of face contemporary problems. In this way, Keli Maksud has worked from the national anthems of some African countries, as well as with the names of iconic figures of politics and social activism from different countries of the continent. His work speaks to us, through materials related to the daily life of him and his family in Nairobi, of the imaginary that African nations build around their identity. The South African Phumulani Ntuli shows us a video produced with 3D technology where he speaks, in a deeply ironic way, of the objects and rituals that we associate in our western culture with what we understand by Africa. Yola Balanga, from Luanda, relates through her performance how the Tchikumbi ceremony is practiced today in the Cabinda region, to which her family belongs, an initiation rite through which the girl becomes a woman. For his part, the Congolese Hilary Balu exhibits a painting and sculpture that show, as a collage, how the new forms of colonialism modify the customs and even the bodies and ways of thinking of the population of his country, influenced by the products of consumption offered by China and Europe, whose raw material is extracted precisely by exploiting the territory and labor of the Democratic Republic of the Congo. Pocho Guimaraes carries out work that recovers the Equatorial Guinean textile artisanal practice through the combination of fabrics of African origin and old newspapers and waste materials generated in Spain, a country that has had a colonizing presence in Equatorial Guinea until 1968. 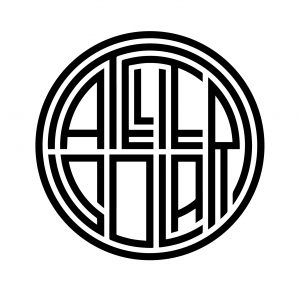