Pocho Guimaraes works getting back Equatorial Guinea’s textile handmade practice, which passed through generations in his family. He is a disciple from Grau-Garriga, the fabric used in his work have African origin, such as old newspapers, waste material, or objects found in the city or natural surroundings of Malabo and Madrid. These elements have a personal or familiar meaning, and every of his pieces makes reference to a theme or concrete reality from his closest environment: his politic dissident, the place where the woman from the tribe used to chitchat close to the river, the ritual’s tradition of his family, etc.

Equatorial Guinea declared their independency from Spain in 1968 when Plácido “Pocho” Guimaraes was 17 years old. His grandfather, Francisco Malabo was descendant from the last Bubi king. Francisco was in charge of Pocho’s education until he was 10, when he was interned in La Salle de Malabo school, where he had tutors like Teodoro Obiang Nguema. The events and political characters in the independency process and the following dictatorship of Macías Nguema left mark on Pocho’s life. The political persecution of Macías ended the life of his father, incarcerated and tortured in 1971.

Pocho Guimaraes artwork is made with the high heddle technique, tapestries worked on vertical loom and which weaves are made with cotton, thread, wood, silk or flax. Nevertheless, Pocho uses out of the ordinary materials such as fishing nets founded on the beach, plastic bags, old newspapers, wires… residues and found objects that could make reference to the actual dictatorship of his uncle Teodoro Obiang. Equatorial Guinea’s government is one of the most repressors according to the International Amnesty or Human Rights Watch, it also has a huge social inequality. Equatorial Guinea is the African country with the biggest income per capita because of the oil-bearing exploitation, nevertheless, this wealth is kept in the dictator’s hands and his familiars. Pocho, self-exile in Spain since the age of 19, wanted to escape from the inequality, founding here multiple difficulties. His political and cultural worries lead him to Kiev in 1976, where he studied urban planning. When he came back to Spain, he studies Fine Arts in Valencia, where he had the chance to explore other languages as dancing, theater, and cinema. His textile artwork adds these subjects, pulling out the textile from the wall, introducing objects and making them participate in his performances.

The objects that we found in his artwork, such as shells, pieces of wood, found plastics, or cans, give volume and expression to the tapestry, these elements also create symbols and tell personal stories about the Bubi culture where his family is from. The last 14 years before coming back to Madrid in 2019, he spent them on the Bioko island, making traditional ceremonies that he couldn’t have done before because of his exile at 17 years old. These rituals, dances, symbols and experiences enrich his actual work, reconnecting his art with his culture and family. The pieces that we found in this exposition tell us about some of the daily day life of the tribe, stories that came across his mother and uncle, his spiritual guide in the last years of his life. At his 69 years, Pocho came to a creative maturity that makes this exhibition a conclusion on his work, a meeting of the pieces that recaps all this experiences, knowledge and imaginaries that came across the life of Plácido “Pocho” Guimaraes.

Fixed Project Lima mainly works with Peruvian artists which link its tradition and its society. Their interests have political art, critic art and questions the society and Peruvian culture.

On its work line, Fixed Project Lima have been developing an interest on the internationalization of its artists, which made them participate on art fairs in Spain and Portugal in the last years. They have also facilitated international residences for their artists. In this process and search of new spaces of interaction, Gonzalo García Callegari, Fixed Project’s director, put his attention on Pocho Guimaraes, which work knew the last month of January 2020 in Madrid. The gallerist found interest on the work of the Equatorial Guinean because of its artisanal and manual work, which links it with the Andean culture and their textile labor. The traditions of Peru and the Africa northwestern share their labor of the tapestry, which both of them have worked since the origin of their cultures. What is more, the political closeness of their cultural products is strongly connected to the aesthetic interest of Fixed Projects Lima, which sees on the politics of Peru of the XXI Century a continue inequality since the Spanish colonization. The Spanish past of Equatorial Guinea creates also a reflection about the effects of the neocolonialism in the outlying countries, now governed by multinational oil industries, energetics or telecommunication, for instances. 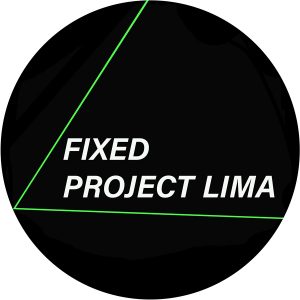